What Nationality is the Border Collie?

When a dog has “border” in its name, you can bet it comes from an area between two countries. The Border Collie is no exception since it originated in the Anglo-Scottish border region of Great Britain. The name “collie” describes dogs bred in Scotland and Northern England, primarily for herding livestock. Herding dogs that come from other countries are usually referred to as a “shepherd” or “sheepdog.” The Border Collie was once called the “Scotch Sheep Dog.”

What Is the Ancestry of the Border Collie?

There is an old saying that an army marches on its stomach. (Both Napoleon and Frederick the Great have been given credit for the saying.) But long before Napoleon and Fred, the Romans knew how important it was to make sure their soldiers had something to eat. It was a common practice for them to travel with a herd of livestock just in case plundering the countryside did not produce enough groceries. They brought along dogs to help manage and herd the livestock.

The Romans, under Julius Caesar, first tried to invade England in 55 BC but the first successful invasion was not until AD 43. By the mid-70s AD, the Romans controlled most of Scotland. They also brought their livestock and dogs along with them. The Scots have a long history of not liking to be an occupied country and by AD 122 the Romans had withdrawn their troops. Many Roman dogs likely were left behind and interbred with the spitz dogs later brought to Scotland by the Vikings.

Border Collies are most commonly black and white, though it also comes in other colors. Some have multiple colors. Also, the Border Collie’s coat comes in two hair lengths, short and long. Both lengths require some grooming. These dogs are more popular as working dogs than show dogs, so there is some leeway in the rules of coat colors for show dogs.

Border Collies are medium-sized dogs, weighing about 20lbs to 25lbs, with a typical height ranging from 18 to 22 inches, depending on the gender. They have a double coat, thick or slick, with a black and white combination as the most common color.

Are Border Collies Easy to Train

Border Collies are the smartest of all dog breeds, ranking 1st in Stanley Coren‘s book “The Intelligence of Dogs”. Because they are so smart and active, they need a lot of stimulating activity. They may not be suitable dogs for those who want a sedentary pet.

Border collies are taught to respond to a combination of vocal commands and whistles and are excellent, perhaps even the best, sheepdogs. Border Collies also excel in dog agility events such as Flyball, and disk (Frisbee is a trademarked name) competitions. In colder climates, they make up sled dog teams that are competitive in middle-distance races.

Border Collies have been known to live as long as 15 years, but 12 years is their average lifespan. Fortunately, there are no major health concerns with this breed. The only issue on rare occasions is Coronary Heart Disease (CHD). Minor health issues include hypothyroidism, lens luxation, and seizures, but these conditions are rare and seldom occur with any documented regularity.

The Border Collie is subject to hip and elbow dysplasia. This breed can also suffer from epilepsy and cataracts. The show dogs are especially prone to various genetic problems. You must purchase your Collie from a reputable breeder, who will have tested for hereditary defects. Progressive retinal atrophy is also found in the Border Collie.

When To Get a Border Collie

The Border Collie is a popular dog breed and ranks 35 of 197 breeds recognized by the American Kennel Club (AKC). The Border Border Collie Society of America (BCSA) is the AKC official national breed club and is a good place to learn more about the breed and to begin your search for a reputable breeder.

You may be able to find a rescue dog by searching Adopt A Pet for pets available in your local area. The BCSA also has a rescue dog resource and you should also consult your local animal rescue organizations.

Having a new puppy in the house is an exhilarating and memorable experience, especially when you have children in the family. However, every interaction between your child and your new puppy must be closely supervised, especially for the first few days after your puppy’s arrival. When meeting the puppy for the first time, please have…

The Bouvier des Flanders is a herding dog from Flanders. They were originally used for general farm work, including cattle droving, sheep herding, and cart pulling. Today, they are also used as guard dogs as well as family pets. The French name literally means “cow herder of Flanders,” which reflects the Flemish origin of the…

There are three distinct Schnauzer dog breeds. The oldest and progenitor of the other two Schnauzer breeds is the mid-sized Standard Schnauzer or Mittelschnauzer. While this breed probably originated in the Middle Ages, it is the least popular of the Schnauzer breeds with an American Kennel Club (AKC) registration ranking of 99 in 2005. The…

Cardigan Welsh Corgi dogs, more popularly know as Corgis, were used as cattle dogs in England as early as the 1920s. Though often confused with the tailless Pembroke Welsh Corgi, Cardigan Corgis have their own set of characteristics that make them unique and cherished companions. Cardigan Welsh corgis can be extremely loyal family dogs. They… 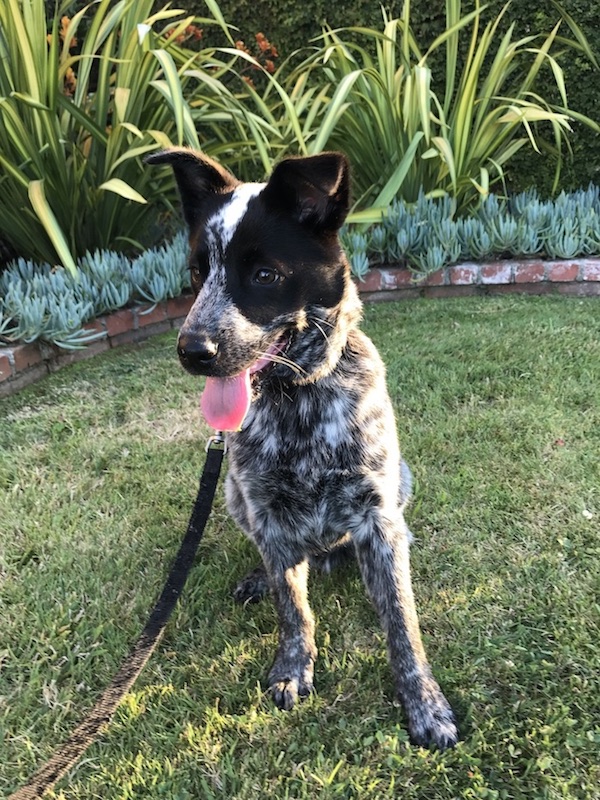