Cardigan Welsh Corgi dogs, more popularly know as Corgis, were used as cattle dogs in England as early as the 1920s. Though often confused with the tailless Pembroke Welsh Corgi, Cardigan Corgis have their own set of characteristics that make them unique and cherished companions.

Cardigan Welsh corgis can be extremely loyal family dogs. They can live in a variety of settings, from apartments to farms. For their size, however, they need a surprising amount of daily physical and mental stimulation. Cardigans are a very versatile breed and a wonderful family companion.

The Cardigan Welsh Corgi is very attentive and good listeners as puppies. Therefore, training is easier during puppyhood. Due to their high intelligence is not difficult to train as they pick up on new commands quickly. Early socialization should be done to prevent hostility and apprehension with friendly humans and other animals.

The Cardigan Welsh corgi is low to the ground and a long dog. The head is in good proportion to the rest of the body, with a flat skull but is rounded and tapered. The muzzle is parallel with the skull. They have a black nose. In the merle-colored dog, here we find this may be a butterfly. They have wide-set eyes that are medium to large, with dark rims that add depth to the eyes.

The eyes are shades of brown, varying with the coat color, the exception to this is the merle coated dog which may have blue eyes, which can be either both eyes or one. This breed has beautiful black ears that are large in proportion to the rest of the body and head that suits this breed. This dog has a prominent breastbone, which is deep.

Their legs are very short, with front feet setting slightly outwards. With a long low set tail that sets this dogs’ look. Coat colors include brindle, black, and brindle, saddle, fawn, red, black, and grey marbled, black and tan with or without white.

The Cardigan Welsh Corgis tend to be more active than their counterpart and need regular exercise. They are also slightly larger in size but have shorter legs and have a full tail. There are more colors and patterns in this breed as well as being the less common breed. Their coat is generally a bit wiry compared, but both breeds have a double coat fur for weather resistance. With much shorter legs than the Pembroke, this helps them when they roll away from the dangers of kicking cows.

The Cardigan Welsh Corgi is generally a low-maintenance breed when it comes to exercise. One or two walks daily is enough for them, and they do not act out destructively if they don’t get to spend time outdoors often enough.

The Cardigan Welsh Corgi is relatively easy to care for. Brushing twice a week is enough to remove old dead hair, which keeps them clean and minimizes shedding. Extra care should be given during shedding season, though. This keeps hair from getting on the furniture or all over the house.

Health issues: The Cardigan Welsh Corgi breed can have back disorders; these can be exaggerated by weight gains, so watching their weight.

History: Some people believe the Cardigan Welsh corgis ancestors came from the Celts In 1200 BC. Throughout history, the Cardigan and the Pembroke Welsh corgi were interbred, so most people thought this was the same breed until 193 At this time, they were separated into two different breeds. Corgis have been used as cattle drivers and were very much a part of dogs’ working groups.

What Nationality is the Border Collie? When a dog has “border” in its name, you can bet it comes from an area between two countries. The Border Collie is no exception since it originated in the region of . The name “collie” describes dogs bred in Scotland and Northern England, primarily for herding livestock. Herding…

Give A Retirement Home To An Aging Dog Many people stick with cute, hyperactive puppies when they start considering to adopt a dog. What many people fail to appreciate, though, is that senior dogs can be much easier and much more rewarding to take care of. True, they don’t stay with you that long, but…

Keeping your pet healthy is probably your number one goal.  One of the most important ways to keep a healthy pet is to protect it from diseases.  Many of the most common dog diseases can be prevented by timely immunizations.  The risk of other common diseases with no preventative shots can be avoided by proper…

Few things are more irresistible than the melting eyes of a sweet little puppy. If you’ve already got one, then congratulations are in order! If you train your dog well, you will have a friend for life. Your pet will understand what is expected of him; you can have complete confidence that he will behave… 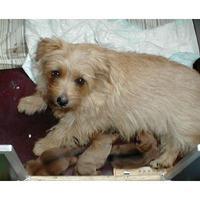