The Standard Schnauzer is one of the most dependable watch dogs a family could own.

Extremely bold and very intelligent, this breed also makes the perfect pet for any dog owner that has a firm grip on training and lives an active lifestyle. The Standard Schnauzer tends to be on the dominant side and quite head-strong, which shows clearly when they are presented with strange people and other animals.

A Brief History Of The Standard Schnauzer

The Standard Schnauzer bloodline dates back to the Middle Ages. It’s area of origin of the breed is Germany. The original function of the dogs were as guardians and catching rats. Today the breed is simply regarded and owned as a loving, protective house dog.

The oldest of three Schnauzer breeds, the Standard version dates back to the 14th century. And even during those times, when dogs were only as useful as their services, this breed was appreciated for simply being a good companion and a hunting dog.

The Standard Schnauzer is a genetic mix of working dogs, terriers, and hunting stock. Researchers claim that the most likely combination to create the breed came from the gray wolf spitz, black German poodles, and the Wire-Haired Pinscher. The result was a capable guard dog that was amazingly proficient at catching rats.

By the turn of the 10th century, the breed was the most popular dog used by farmers who needed protection against rats getting into their carts while they were left unattended. Soon the Standard Schnauzer was seen in the show ring, entered as the title of Wirehaired Pinschers at the 1879 German dog show. Dog enthusiasts were drawn to the dog’s look of intelligence and were entered in many dog shows by the year 1900.

The first Schnauzers were already in America by the early 1900s but the popularity of the breed did not take off initially with dog fanciers. At first it was classified as a terrier, then a working dog. They were used extensively during World War I as police dogs.

Upkeep Requirements For The Standard Schnauzer

To keep the Standard Schnauzer happy, daily exertion is a must. They have very high energy levels and without action to accommodate this need, these dogs tend become bored and destructive. Vigorous outside games, running around nature’s hills, or several brisk walks on the leash will do the job.

Standard Schnauzers tolerate both hot and cold climates moderately and can live outdoors so long as there are no extremes in temperature. At night these dogs should be allowed to sleep indoors with the rest of the family. Grooming requirements for the breed calls for heavy combing twice per week. Their coat will also need trimming and shaping every four months or so.

The average life span of the Standard Schnauzer is between twelve and fourteen years. A very healthy breed, there are absolutely no major health concerns that run common and the only minor issues that may come up are follicular dermatitis and CHD. Veterinarians suggest that they get tested for potential hip problems.

The Giant Schnauzer is categorized into the family groups: Livestock Dog, Schnauzer, and the Working group. This breed originally came from Germany, out of the lands of Wurrtemburg and Bavaria. Cattlemen were quite fond of the smaller standard-sized Schnauzer and thus wanted to breed a larger-sized version of the dog for specific jobs. They needed…

If you are a pet lover, most likely, you will go for a puppy.  There are more puppy lovers than cat lovers.  Puppies can be cuddly and cute.  There is a different breed of puppies out there.  Picking out one for yourself can be confusing unless you know everything about puppies.  Then it would be…

The miniature Schnauzer is the outcome of the result of crossbreeding between the standard size Schnauzer and one or more smaller breeds like Miniature Pinscher or Affenpincher and Poodle. The aim was to create a smaller breed of standard Schnauzer which proved successful. Germany is the place where it originated in the early nineteenth century….

Your Miniature Schnauzer training will be much more successful if praise is only used as a reward in the daily training with your puppy. That is when your pup actually does something you desire. Otherwise, praise should be withheld. When teaching a new command, you should use a physical movement or stance, which helps to…

You did your research and discovered the perfect pet for your family. He is now coming home and training commences. But did you train your spouse and children? Does your family understand the way to function with the pet? In numerous cases where a puppy is not learning quickly, it’s not because the puppy is…

Keeping your pet healthy is probably your number one goal.  One of the most important ways to keep a healthy pet is to protect it from diseases.  Many of the most common dog diseases can be prevented by timely immunizations.  The risk of other common diseases with no preventative shots can be avoided by proper… 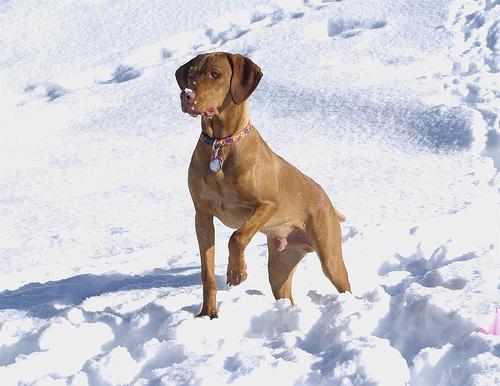