The Mini or Zwergschnauzer was originally bred as a rat catcher and watchdog but is now a top-rated companion dog. The Giant Schnauzer or Reisenschnauzer was bred to be a capable and versatile working dog and was ranked 78 in 2005 AKC registrations.

The mid-size German Pinscher was also involved in developing the Doberman, Miniature Pinscher, and other Pinscher-type breeds. However, it is best known for its involvement in developing the wire-haired Pinscher or Standard Schnauzer, which became an official breed when it was exhibited in Germany in the 1870s.

About the 1850s, farmers around Munich used various large drover cattle dogs to work their cattle and then bred them with Standard Schnauzers and possibly black Great Danes and Bouvier des Flandres. The progeny of this breeding program was then carefully bred with Standard Schnauzers to produce a larger version with similar characteristics. These larger dogs were initially called Mucheners and later Giant Schnauzers or Reisenschnauzers and were used to herd cattle and sheep. The Giants also became prized as guard dogs and watchdogs for butcher shops and breweries.

In fact the Giants became less popular as farmer’s cattle dogs and more popular as coach dogs and guard dogs. By the end of the 19 century the Giant Schnauzer became an extremely popular participant at German dog shows. During the First World War, the Giant became an excellent police and security dog and also a battle-tested war dog.

Giant Schnauzers were intelligent, powerful, large enough to be a deterrent, and easy to train. In Germany, the Giant became the dog of choice for police and military work. In the US and Canada, Giants are used for search and rescue work and at airports to detect dangerous or illegal substances.

The first Giants were shipped to North America in the 1920s, and by the 1930s, some of the best German breeding stock was in the US. The Giants have excelled in conformation, obedience, agility, and Schutzhund competitions and, when thoroughly socialized, make good family pets.

However, this is not a dog for an inexperienced or novice dog owner. The Reisenschnauzer is a dominant breed that is genetically protective of its family pack and distrustful of strangers. Owning a Giant takes a gigantic commitment to early and ongoing socialization with children, other dogs, and strangers. Giants can be aggressive toward small pets, other dogs and overly protective of their family’s children when they are playing with others. Small children should be thoroughly supervised when playing around the Giant Schnauzer as the breed will try and dominate them.

Giant Schnauzers do best with older family children and are not the best breed for families with young children or other pets. This breed has the potential for assertive and aggressive behavior. The owner must be capable of controlling this powerful dog on its leash when it attempts to get into a fight with another aggressive dog. Giants require lots of time and attention and need lots of human interaction. They are also working dogs and require lots of daily exercises.

Giants make fantastic family pets if they are thoroughly socialized and trained when young. All family members should be involved in the early training and socialization so that the young Giant doesn’t try to raise itself in the family pack hierarchy and dominate certain family members.

All family members should use the same consistent approach to dealing with the Giant, so it knows that it is at the bottom of the family pack hierarchy. Caution should also be used when strangers come onto the Giant’s property or into its house. The Giant must be thoroughly socialized to accept the visits of strangers when it is a puppy, or else it must be locked in its crate to avoid being overly protective of its turf when strangers visit.

Giant Schnauzers have an expected lifespan of about 10 to 12 years. Prospective buyers should ask for the breeding parent’s Orthopedic Foundation for Animals test results for hip dysplasia. They should also ask about cancer, hypothyroidism, epilepsy, and bloat in the breeder’s specific bloodlines.

Mike Mathews is a contributing writer and editor for the popular dog breed site: www.dog-breed-facts.com . He provides informative, real-world advice and tips on dog breeds, dog health , and more. Be sure to check out his free report on Dog Training as well.

Established in 1898, the United Kennel Club is the largest all-breed performance-dog registry globally, registering dogs from all 50 states and 25 foreign countries. More than 60 percent of its 15,000 annually licensed events are hunting ability, training, and instinct tests. UKC prides itself on its family-oriented, friendly, educational events. The UKC has supported the…

The coat of a Miniature Schnauzer is a double coat with a brittle and wiry outer coating and a close, dense undercoat. The coat comes in three different color combinations; solid black, black and silver, and salt and pepper. Any other coloring is not recognized by the American Kennel Club (AKC). The outer coating gets…

The diminutive size and winsome expressions of Toy Dogs illustrate the main function of this Group: to embody sheer delight. Don’t let their tiny stature fool you, although many Toys are tough as nails. If you haven’t yet experienced the barking of an angry Chihuahua, for example, well, just wait. Toy dogs will always be popular…

While the Labrador retriever remains the most popular dog that people want to own, for those with allergies, Labrador Retrievers are not the best breed to choose from. Many other types of dogs would be more suitable for those suffering from allergies. These breeds include Chinese Crested, Kerry Blue Terrier, and the Schnauzer. These dogs…

Are you considering a canine companion, a hound to have around, or a puppy pal? There are pros and cons to considering puppies vs. adult dogs. Puppies are great fun but plenty of work. Puppies need a great deal of attention, much more care and training, and lots and lots of playtime. Puppies cannot be… 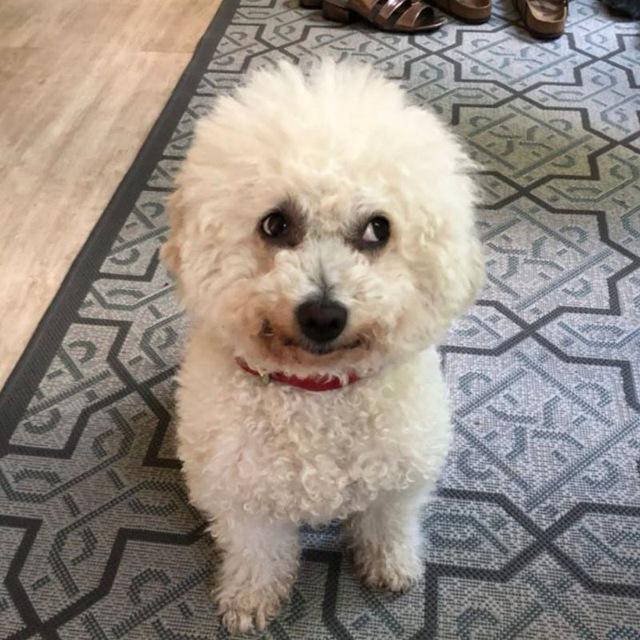